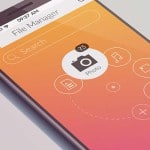 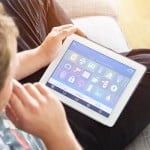 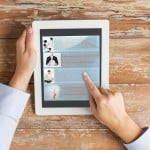 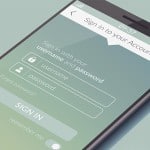 With the next release of Windows 8 Much has been talked about ARM architecture, but really what this technology is. ARM is a 32-bit architecture developed in 1983 by Acorn Computers Ltd to be used on personal computers that handles a really simple instruction system allowing you to perform tasks with minimal energy consumption. This is why today it has taken on quite a lot of strength in the mobile device market, where low energy consumption is the primary objective. The most interesting feature is the use of the top 4 bits as condition code, making any instruction conditional.

ARM’s design began in 1983. It started as a development project at Acorn Computers Ltd. Steve Furber and Roger Wilson were pioneers in the development of technology and in April 1985 presented their first chip called ARM1, but the ARM2 was the first to go out into the world and its main feature is that it contained 32-bit data bus.

The ARM2 has been a very simple 32-bit microprocessor with just 30,000 transistors, for example, the Motorola 68,000 (used by Apple on the Lisa computer) had 70,000 transistors and was 6 years older. The ARM2 did not count cache either, and this simplicity allowed it to use less energy.

In 1991, after several years of work between Apple and Acorn presented a new model of the core from ARM called ARM6 with 35,000 transistors, using it mainly for the first PDA from Apple, the Apple Newton.

It was from the development of the ARM8 that it began to be used within calculators, GPS and mobile devices. We now find that most devices use the ARM Cortex family. The ARM design has now become one of the most widely used in the world and is present on hard drives, toys, mobile phones and tablets. Today, about 75% of 32-bit processors have this chip in their core.

Android, iOS, WebOS, Linux Kernel and Solaris are some examples of operating systems that use this development to support their operating systems. For example, Apple eventually bought an ARM license, then acquired the PA Semi company and eventually ended up designing the A4 processor that is inside the iPad and iPhone 4.

Two years ago Microsoft in the same way you purchased a license of use of ARM, and is currently developing its operating system with ARM support, this means that those in Redmond have worked very hard for Windows to be able to work on processors of low consumption. Which theoretically allows us to run Windows 8 on a Smartphone. What is certain is that HTC is developing a new line of Tablets with Windows 8 and the RISC platform ARM.

ARM is a technology that has been retaken to empower new mobile devices and it will be this year that we really see the competition to demonstrate who will be the dominant leader of it. Competition between Windows 8, iPad 3 and Android tablets will allow at least the Tablet segment to lower its prices.

The ARM boom will likely cause Intel to lose importance if they don’t start focusing their developments on the mobile market. Because, at least, the chip ARM Cortex-A15 Cortex-A9, present on the iPhone 4s, has the capacity to remove market share to Intel and put it in a tight spot.